Drunk vs. Drowsy Driving: Why Sleep Deprivation Is More Dangerous Than Alcohol

Most people know how dangerous drunk driving is. But did you know driving without the proper amount of sleep is actually more dangerous than drunk driving? The National Sleep Association says, “Sleep deprivation can have similar effects on your body as drinking alcohol. Being awake for 18 hours straight makes you drive like you have a blood alcohol level of .05 (for reference, .08 is considered drunk). If you’ve been awake for a full 24 hours and drive—say, after a night where you just couldn’t fall asleep—it’s like you have a blood alcohol level of .10.”

Statistics of drowsy driving are staggering.

Exhaustion plagues drivers of all ages, including teen drivers, elderly drivers, as well as experienced and un-experienced drivers. According to Jake Nelson, AAA’s director for traffic safety and advocacy and research, one in five crashes where somebody dies in that crash involves a driver who was drowsy or hadn’t earned enough sleep the night before.

The phrase “earned enough sleep” is used because drowsy drivers are, more often than not, suffering from the effects of “sleep debt.” In fact, on average, 40% of Americans get less than the recommended minimum of seven hours of sleep a Gallup poll reports.

How often is drowsy driving the cause of accidents?

Drowsy driving is to blame more often than we think. In fact,

“Drowsy driving is estimated to be a factor in 20 percent of fatal crashes. A new study from AAA states that drivers who skimp on the seven hours of sleep experts recommend increase their risk of a crash exponentially. Missing one to two hours of sleep doubles a driver’s crash risk, while foregoing two or three hours increases the risk of a crash by 400 percent, according to the AAA Foundation for Traffic Safety study. Those who sleep for less than four hours in a 24-hour period are 11.5 times likelier to crash, the study showed.”

How to prevent drowsy driving

The solution to drowsy driving is, of course, to get more sleep. Secondly, exercise discernment when determining when you should or shouldn’t drive. If you have a job that requires you to drive long hours, talk to your boss about the dangers of drowsy driving. See if you can reach a compromise that keeps you and other drivers safe.

Know the signs of drowsy driving

In order to keep yourself safe and avoid putting your passengers and other drivers at risk, know the symptoms of drowsy driving:

Ultimately, if you are exhausted, you should not drive. Should you experience any of the above warning signs, get help immediately. Ask one of your passengers to drive or extend your trip by a day and find a place to stop for the night.

Nothing is worth the risk of losing your life or putting someone else’s in danger. The first step toward change is awareness. Tell someone you love about the dangers of drowsy driving today! 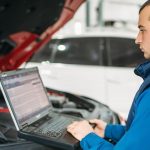 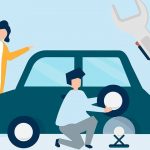 Getting Your Car Ready for Summer – FREE PRINTABLE CHECKLISTUncategorized