Is “Texting and Driving” Illegal in Alabama? What You Need to Know

In Alabama, it is illegal to write, send, or read any text-based communication while driving. Here’s why.

Drivers in Alabama may want to think twice before reaching for their phones. According to Alabama Code § 32-5A-350, it is illegal for Alabama drivers to use a wireless telecommunication device (cell phone, tablet, etc.) to manually communicate with any person. In casual conversation, you’ve probably heard someone simplify the law as “don’t text and drive,” but that’s misleading. The law specifically states drivers may not use text-based communication, including, but not limited to, text messaging, instant messaging, or emailing.

In the short film “From One Second to the Next,” director Werner Herzog tells the stories of four individuals who understand just how devastating texting and driving can be.

There are some finer points and exceptions to the law:

Important note: according to this law, it is legal to read, select, or enter a telephone number or name in a cell phone/wireless device for the purpose of making a call.

Consequences of texting and driving

As texting and instant messaging have become our primary methods of communication, it’s difficult to make the shift to verbal communication while driving. But not adhering to this law has consequences. According to the law, these are the fines for violations:

Why is it illegal to “text” and drive?

Many drivers reluctantly follow the law but find it inconvenient. Aren’t there countless other distractions drivers face? Statistically speaking, it’s true — anything that takes your eyes off the road endangers you, your passengers, and other drivers/passengers. But cell phone use, in particular, puts drivers at risk and is closely connected to fatal crashes.

“Individuals who drive while sending or reading text messages are 23 times more likely to be involved in a car crash than other drivers. A crash typically happens within an average of three seconds after a driver is distracted.”

Be proactive. It could save your life.

Every driver chooses whether or not they will use their phone, and it’s a life or death decision. If you know you are prone to phone use while you drive, learn how to set up an auto-response to incoming texts. Most phones and tablets are also equipped with a “do not disturb” setting that mutes all incoming texts, emails, etc. and only rings for an incoming call. 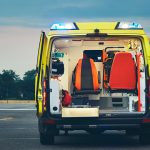 “Move Over” Law For MotoristsUncategorized 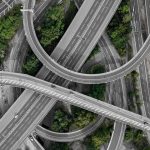 3 Tips for Staying Sane During I-59/20 Bridge ShutdownUncategorized