The Newest Laws to Remember for Alabama Drivers

If you’re a motorist in Alabama, you’ll want to make sure to keep up with all the new traffic laws passed by the state legislature. In the past couple of years, the state legislature has passed several new traffic laws aimed at reducing accidents, deaths, and unsafe driving. So while you’re probably familiar with the everyday laws like obeying the speed limit, here are some new laws that have recently taken effect that you’ll want to know about.

1. Requiring Backseat Passengers to Buckle Up

In 2020, Alabama joined 39 other states and Washington D.C. requiring backseat passengers to wear their seatbelts. This law now requires everyone in the vehicle to wear a seatbelt. Previously, Alabama law only required front-seat passengers and minors in the backseat to buckle up. However, this infraction is classified as a secondary violation, which means the ticket could only be given if a police officer pulled the car over for another violation, such as speeding.

2. Driving in the Left Lane Too Long

The next law Alabama drivers must follow is the Anti Road Rage law. This law prohibits vehicles from driving in the leftmost lane of an interstate for more than a mile and a half without passing another car. However, there are some exemptions to this law: If there is heavy traffic congestion, poor weather, a road obstruction, construction, or if the driver is getting ready to take an exit. Exemptions also exist for moving over for emergency vehicles on the road.

Those in favor of the bill argued that it will prevent driver frustration caused by cars remaining in the left lane for too long. According to a study conducted by AAA, almost 80 percent of drivers reported being angry or aggressive when vehicles in the left lane won’t move over to allow them to pass. Law enforcement issued warnings for the first 60 days of this law, and violators who receive tickets could face a fine of up to $200.

This was sponsored in the statehouse by Rep. Phillip Pettus, who said the bill is designed to reduce road rage incidents. Furthermore, the AAA study shows that reduced speed of 5 to 10 mph in the left lane results in more drivers weaving in and out of lanes, which is something that creates up to 10 percent of total highway accidents. At least 38 other states have laws on the books like this one passed by the legislature.

For more information on these new Alabama traffic laws contact us. Hurst Towing specializes in high-quality, light, medium, and heavy-duty towing to help all its customers. 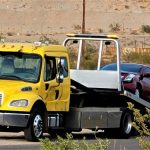 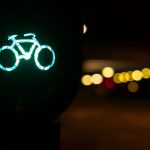 What You Need to Know: Traffic Rules for RoundaboutsUncategorized