Why Tailgating is Dangerous

If you’ve ever gotten impatient with a slow driver or started texting while you drive, you’ve probably intentionally or unintentionally tailgated. While it may seem harmless enough, tailgating is actually quite dangerous. Here’s why.

Even if the person in front of you is driving slowly, one sudden stop could cause your car to collide into the back of theirs. This is because the closer you are to the car in front of you, the less time you have to react to stops, turns, etc. It also means you’ll burn more fuel, because your car will be constantly having to adjust. According to stuntman Perry Barndt, “If you’re doing 55 miles an hour you should have six car lengths between you so that if something happens to the car in front of you, you have time to stop or react.” The two-second rule is another way to judge how much distance should be between you and another car. Lastly, putting down your phone is one of the most foolproof ways you can prevent yourself from accidentally tailgating someone.

Ever felt like intentionally tailgating someone? perhaps an older individual driving slower than the speed limit in front of you? Put yourself on the receiving end of tailgating. Wouldn’t it bother you if someone was driving closely to the back of your car? You may think they’re following you. Or you may be tempted to speed, just to get them off your back. Or you may get frustrated with them and drive less carefully as a result. Keep these things in mind as you drive. If you wouldn’t appreciate someone tailgating you, don’t do it to others. You’ll be much safer as a result! 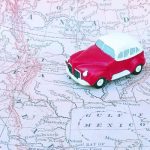 Getting Your Car Ready for SummerUncategorized 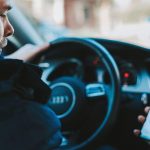 What To Do When Your Car Has to Be TowedUncategorized